It was on September 9th when I had the opportunity of participating on the UN75th Youth Plenary thanks to Transdiaspora Network, which, due to the Covid-19 pandemic, took place online. One of the main topics that were discussed during this plenary was the future of multilateralism and how youth is being or being not listened by governments and parliamentarians. One of the questions that were asked to the participating youth in plenary by the organizers was our opinion about this. Are we or are we not truly listened to? The result of the vote was approximately 60% – 40% in favor of No. Despite being, not only the largest young generation to date, but also the most connected in history until now, it is very sad to see how some countries do not allow young people to run for representatives in parliamentary chambers, since according to data, people under 30 years of age constitute less than 2% of the world’s parliamentarians. And how does this affect not only our current society, but also the future generations to come? We are currently living in a world in which claims are being accumulated, such as the universal access to education, health and culture, the combat to climate change, the gender inequality and the multilateral management of migration flows. We, youth have realized that we are the generation that will be directly affected by all of this, and we are mobilizing because we have realized that we are the only ones who will be able to do so. But if governments and global organizations don’t listen to our worries, since the current situation in the world has changed profoundly for several decades, our children will no longer know the world as we do now. To achieve all these purposes, youth should be more listened to and in my opinion; several generations would have to represent the citizens, in order to mix the experience with the innovative ideas and projects of the young generations who will become the leaders of the future. 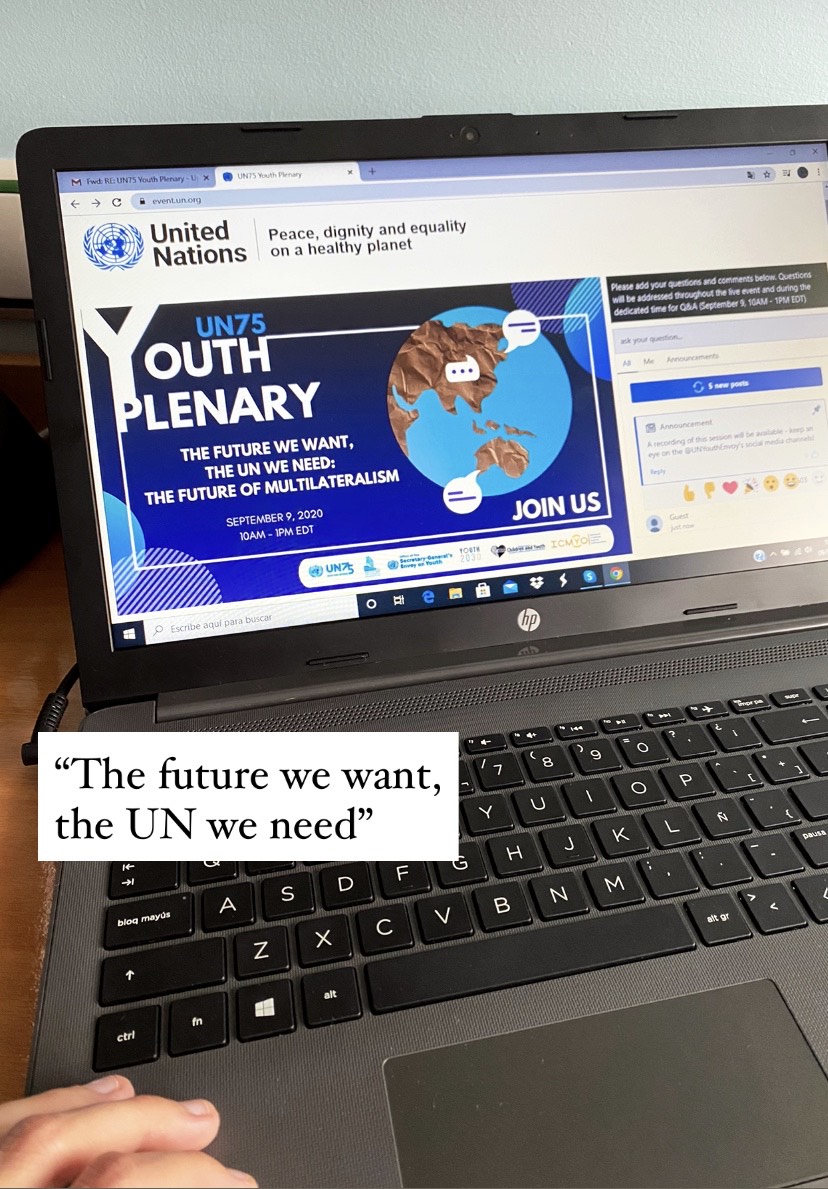 Climate change and multilateralism were the two topics most discussed in plenary, and although all the perspectives and proposals for these topics were very interesting, in my opinion, other fundamental issues for the future of the young generations were not given too much importance. Such as the universal access to health, education and culture and the important topic of gender equality. Achieving an adequate human development will happen when universal access to health, education and culture is guaranteed and in this field, international cooperation and multilateralism play a very important role. Within this international cooperation, NGOs, countries, international organizations and companies have to play a multilateral role. This is the key to multilateralism, since unity is strength.

Coming from a country, Spain, in which access to health, one of the best health systems in Europe and the world, education and culture is a right for every citizen, it is very hard for me to see how people in others countries are still fighting for a fair and free access system. Seeing how people who connected to the plenary session from developing or not so developed countries had poor access to the internet, and therefore, not universal access to all platforms, makes me realize that this is one of the problems that my generation has to solve, and the sooner the better. But as always, the interest of a few sometimes appeases the welfare and interest of others.

And of course, one of the most worrying points, not only for youth, but for society as a whole, is gender equality. Despite all the educational advances and resources that have been built year after year, the change obtained is not the desired one. Knowing which are the main risk conditions in which this problem can be developed and its breeding ground is essential to eradicate this type of behavior and injustices, and to achieve the objective of equality, a repertoire of institutional fighting actions must be prepared against gender violence and its situation in the population, as well as promoting and carrying out awareness-raising processes in the educational system for the subsequent elimination of this problem at the social level.