April 10th marks the annual National Youth HIV/AIDS Awareness Day – a day for us to reflect on what HIV and AIDS really are, as well as how they affect us and our fellow human beings. Working in the local community of my high school, I am proud to say that I have brought my peers closer to understanding the fundamentality of what it means to be free of HIV and AIDS. By the year 2030, we hope to have an AIDS-free generation: no one will have AIDS, and those with HIV will be on the proper medication so that the virus will not define who they are or restrain them from living their lives to their fullest potentials. The most effective way of dealing with such issues is education. People must be taught about HIV/AIDS and be aware of the risks. However, what is different about Transdiaspora Network (TDN) is that we do not merely focus on the science of HIV/AIDS – we deal with it from the primitive level, which involves human expression and the internalization of how to prevent HIV/AIDS. Through the arts, I have watched my peers open up and thus, understand the drastically different states of mind that they have to address when met by a decision. In order for the youth to make the right decision, they must understand themselves and know what the consequences of their actions are. National Youth HIV/AIDS Awareness Day is not only for us to be “aware” of the existence of HIV and AIDS, but for us to understand that HIV/AIDS has been an unrelenting problem in the modern day and age, and that needs to change. We must also realize that the AIDS-free generation that we strive for is a world effort. We are in control of our own lives, and with the proper effort, care, acknowledgement, and attention, we will finally achieve an AIDS-free generation. 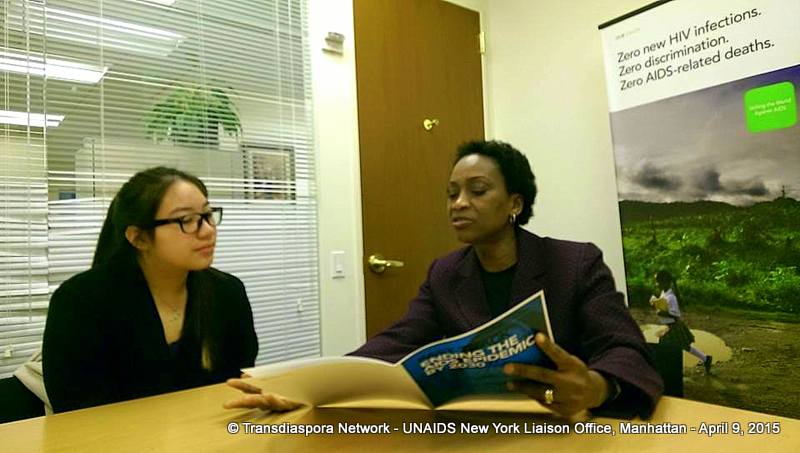