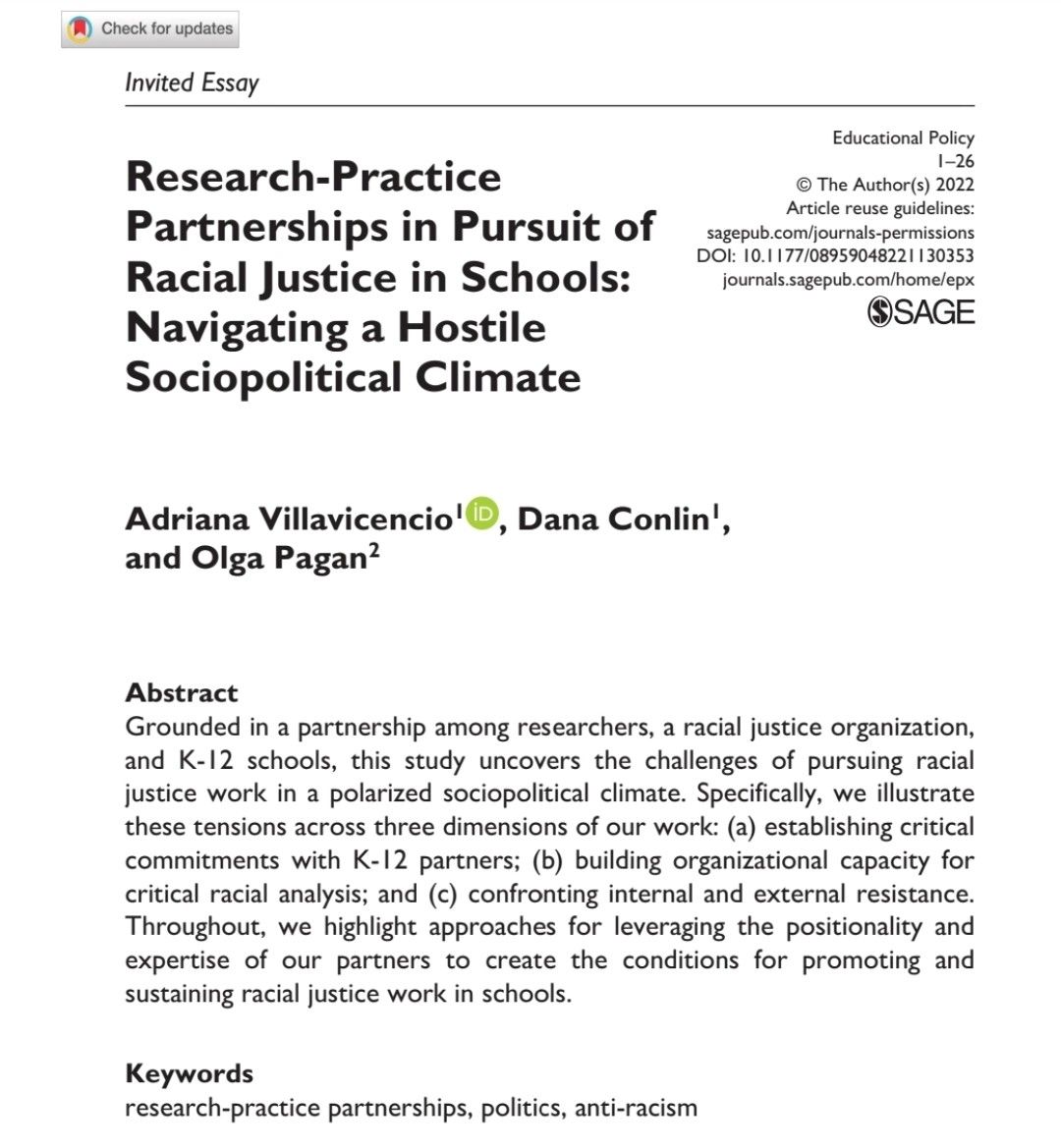 While politics have always played an outsized role in education policy and practice (D. N. Harris et al., 2016; Horsford et al., 2018), the current climate marks a period distinct from the supposed “post-racial” era from 2008 to 2016, wherein efforts to uphold systemic racism in schools and other institutions were ever present but more invisible or covert (Bonilla-Silva, 2006; Warren, 2012). (This period is also, of course, distinct from the period of the country’s history when attempts to desegregate schools were met with extreme violence.) Navigating this sociopolitical context as an educator is particularly challenging given the ongoing politicization of the COVID-19 pandemic and its implications on the daily lives of educational leaders and teachers (Ladson-Billings, 2021). It is thus incumbent on researchers in partnership with districts, schools, and communities to understand how the broader political environment may shape the constraints they are facing and the production of our collective research. Education researchers may wish to conduct their work outside of politics, but the realities of our political context and its bearing on education make that aim both impossible and undesirable.

The myth of apolitical education research becomes even clearer when conducting research on racism and the systemic oppression of marginalized communities. This is especially true in a political climate wherein the very definition of systemic racism and its impact on Black, Latinx, Asian, and Indigenous people are constantly contested. This article argues that assuming a political mindset as members of a research-practice partnership (RPP) is critical; it is a call for researchers and their educator partners to understand (and respond to) the political landscape, the movements that are shaping national discourse, and the unique dynamics of the local community.

Grounded in an RPP between researchers and a racial justice organization that works closely with districts and schools, this study uncovers the challenges of pursuing racial justice in a hostile political climate, while offering actionable insights for navigating these conditions. Specifically, we illustrate these tensions and opportunities across three segments of our work: (a) establishing critical commitments with K-12 partners; (b) building organizational capacity in the area of critical racial analysis; and (c) confronting external and internal resistance.

To read more about this research paper, please follow this link.