Earlier this summer, Rhonda King of the Caribbean island nation of Saint Vincent and the Grenadines, was voted in as the 74th President of the United Nations Economic and Social Council (ECOSOC). Upon her election on 26 July 2018, Ms. King said that she intended to make the year ahead “a defining” one for the body that leads the UN’s ambitious drive for sustainable, economic, social and environmental development.

“It promises to be a defining year, which could help set a new course for the work of the Council and the High Level Political Forum (HLPF) held under its auspices,” said Ms. King.

Calling it an honour to serve, she thanked the Council members and asked for their help moving forward so that ECOSOC and the HLPF could live up to its expectations.

She paid special tribute to the Council’s outgoing President, Marie Chatardova, “whose leadership and vision” Ms. King said she would continue to rely and build on, with its emphasis on inclusion and participation.

She cited the HLPF as “the centerpiece” of her priorities, saying that when it meets in the General Assembly, Heads of State and Government will review the entire 2030 Agenda for Sustainable Development.

She also listed a revived ECOSOC as one of her main priorities. “You heard me correctly,” she said, “with your committed participation, we will revive the ECOSOC using in full, the hard-won innovations introduced by the General Assembly.” 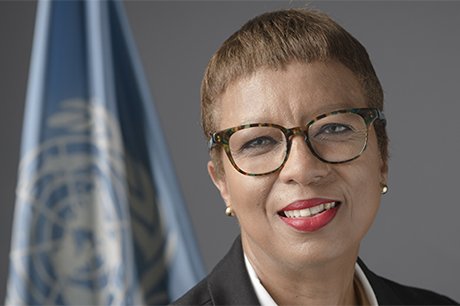 “There has been some dissatisfaction with the functioning of ECOSOC over the recent few years. But in the coming 12 months, let us work together to restore the ‘deliberative function’ of ECOSOC,” she underscored.

“We will have to think of ways to strengthen the conduct of the next cycle of reviews” while looking towards the early targets of the 2030 Sustainable Development Goals, that are set for 2020, she said.

For her part, former President Chatardová recapped the “unprecedented engagement” of many groups during her year in office, calling it “very encouraging” towards achieving the 2030 Agenda.

She recalled 240 side events and special events, focused on partnerships, education, business, SDG Learning and Training, and local and regional government. Additionally, a film festival and a number of exhibitions enriched the official meetings, added Ms. Chatardova.

“I am sure when next year HLPF also meets under the auspices of the General Assembly, it will reaffirm the political will at the highest level to continue implementing the 2030 Agenda and lifting the obstacles,” she said.

For more information: President of the UN ECOSOC

(excerpt from the U.N. Department of Economics and Social Affairs)