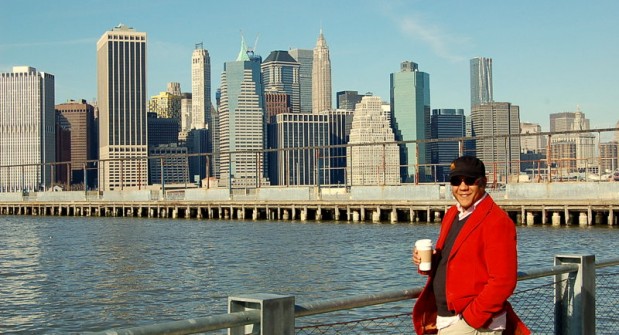 In April 2007, I attended a conference where Joseph Stiglitz, the Nobel Prize-winning economist, addressed important issues about sustainable development. He gave a magnificent speech and mentioned an interesting concept: the notion of Green GDP, an index of economic growth that factors in the negative environmental consequences of that growth. It involves not only our generation, but also the impact of our actions on future generations, and I was inspired to do something to combat the HIV epidemic, which is negatively affecting our community’s Human GDP. At that time, my dream did not yet have a name. I asked myself how we could help the youngest generation to be part of sustainable solutions in accessing health equity in disadvantaged communities.

In my daily interaction with HIV positive individuals from all over New York City, particularly in Afro-descendant and Latino communities, I had been witnessing the devastating effects of the epidemic on individuals and their families. This not only gave me a sense of urgency, but it also helped me appreciate the importance of forging new alliances and strategies to better help underserved social groups and to promote culturally relevant health services, especially in the aforementioned community.

When the idea to create Transdiaspora Network finally emerged, it had all the elements of a big utopia where psychology and anthropology, along with other the social disciplines, would interact creatively with the arts to forge a new paradigm in the field of HIV prevention and youth development. I wanted to give some green to the red color of HIV, a hope for generations to come. That was on the 15th of May, 2007.

Recent United Nations reports* acknowledge that AIDS response is off track. Evidence also suggests that the HIV epidemic is likely to resurge and worsen in the coming years, especially as the world’s largest-ever generation of young people move through adolescence into adulthood.

A decade plus later, our main goal is still to practices prevention among at-risk youth, but also to be innovative by using the concepts of culture and tradition to promote inclusive narratives in our health equity strategies. We have an ambitious agenda ahead and the commitment to move forward the dreams of our youth and the community at large. Our trip to success has just started.

Thank you for your support along the way!