This was the true people of Cuba, who lost their fear and took the streets. People from urban and marginal neighborhoods as well as rural provinces, people for whom today it is even more difficult than usual to survive in this island. Although it is evident that the dissidence movements and the opposition have been generating and consolidating a certain rejection to the regime, what has happened now has arisen from the spontaneity produced by the negligence of an inept government and that cannot be overshadowed or hidden. 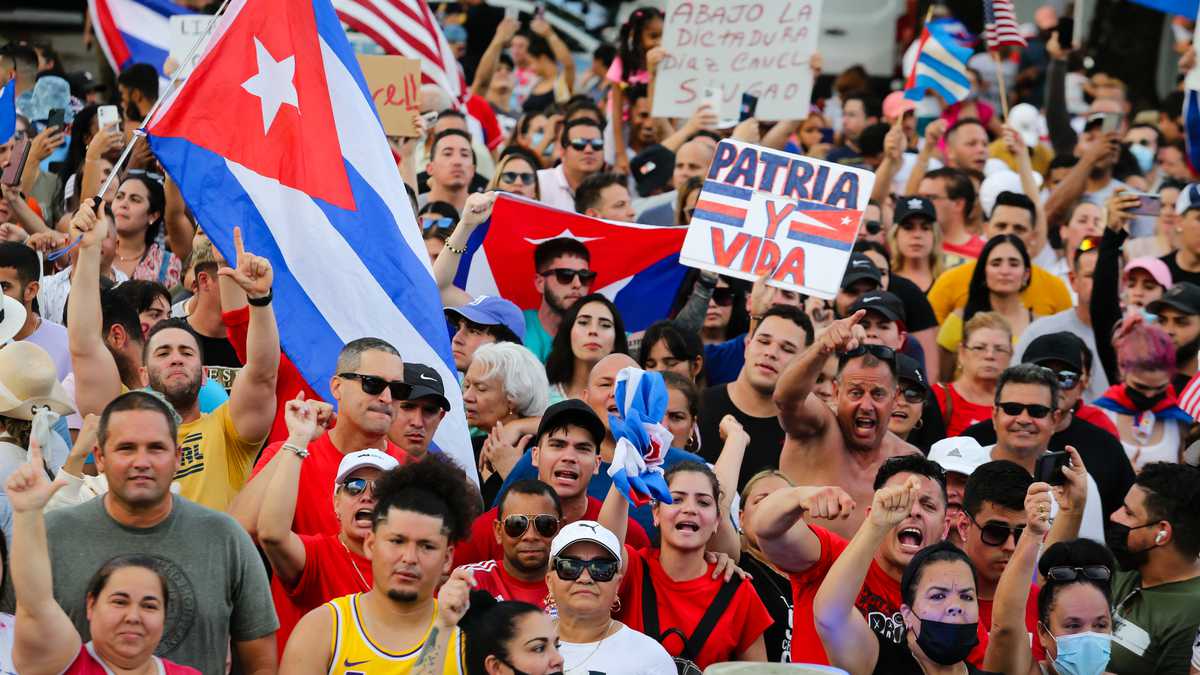 Cubans have gone from domestic discontent, from complaining at home and approving or consenting in public, to action. That has produced a rift in the heart of the regime. It seems, hopefully so, that from now on nothing will be the same in Cuba, the game has changed and these new rules bring the future closer. What happened may be the starting point for the freedom of Cubans after sixty-two years of suffering, but it can also lead, as has happened, to the regime increasing its pressure and dictatorial repression to impose its rules and maintain the statu quo.

Sixty-two years of totalitarianism expressly reflected in the Fifth Article of the Cuban Constitution, when it says that: “The Communist Party of Cuba, unique, Martist, Fidelist, Marxist and Leninist, organized vanguard of the Cuban nation, supported by its democratic character and permanent bonding with the people, it is the superior leading political force of society and the State”. This is the obvious expression of communist totalitarianism which, furthermore, by defining itself as Marxist and Leninist, manifests its dictatorial character.

And like any totalitarian regime, Cuban Castroism has meant, in addition to the one-party dictatorship, the elimination of individual fundamental freedoms and rights and with it, the inexistence of democratic institutions; the absolute power of a leader, an object of popular worship and an embodiment of the revolution; and, of course, the violent repression of all dissent through persecution, imprisonment or physical elimination.

An economy directed and intervened in the purest communist essence, “from each according to his abilities, to each according to his needs”; an ideological indoctrination of society through permanent propaganda and strict surveillance of any cultural manifestation, have completed the panorama.

Changing all of that is not easy and it will take time, but every movement implies a first step and that is what the Cubans have done now. Homeland and life versus homeland or death. Homeland always but alive, with development, with freedoms. What Cuba needs is democracy, but starting from the basis that Cuba will be what Cubans want it to be because the revolutionary myth is no longer seen or lived in generations that have grown up leaning out of the windows of social networks that have brought them closer to realities that have nothing to do with what they live daily.

And if Cubans want democracy, it is clear that they need international support and help from multi-lateralism and cooperation from organizations such as the United Nations, non-governmental organizations with connections in the Caribbean region, such as Transdiaspora Network with its consultative status at the United Nations and from different countries of the world, such as Spain, which due to its historical, often familial and sentimental connection, can play a very important role, in the first place, for change to take place, and later, to consolidate it because, appealing to what José Martí wrote more than a century ago: “¡Con todos y para el bien de todos!” (With all and for the well being of all!).