New York, NY (May, 2021) – Nowadays with its policies, the European Union (EU) wants to give young people more equal opportunities in education and in the labor market, and ensure that they can participate in all areas of society. The Union also supports the integration of youth into democracy and society, for example, through dialogue with young people, since it knows that only by exercising a union, in which dialogue and common interests prevail over everything else, a future full of opportunities and equality can be built for all new generations.

In a Eurobarometer survey published in 2018, education and the environment, as well as o the employment, social inclusion, health, well-being and culture were placed at the top of a list of priorities for the Union. The Union is committed to helping Member States address the needs and aspirations of young people through a strategy for youth that covers various areas of importance to them, resulting in a slight increase in interest in politics, political participation and volunteering in this generation in recent years. An example of this is Erasmus+, an EU program to support education and youth, in which for the period 2021-2027, it places special emphasis on social inclusion, ecological and digital transitions, and the promotion of the participation of young people in democratic life. 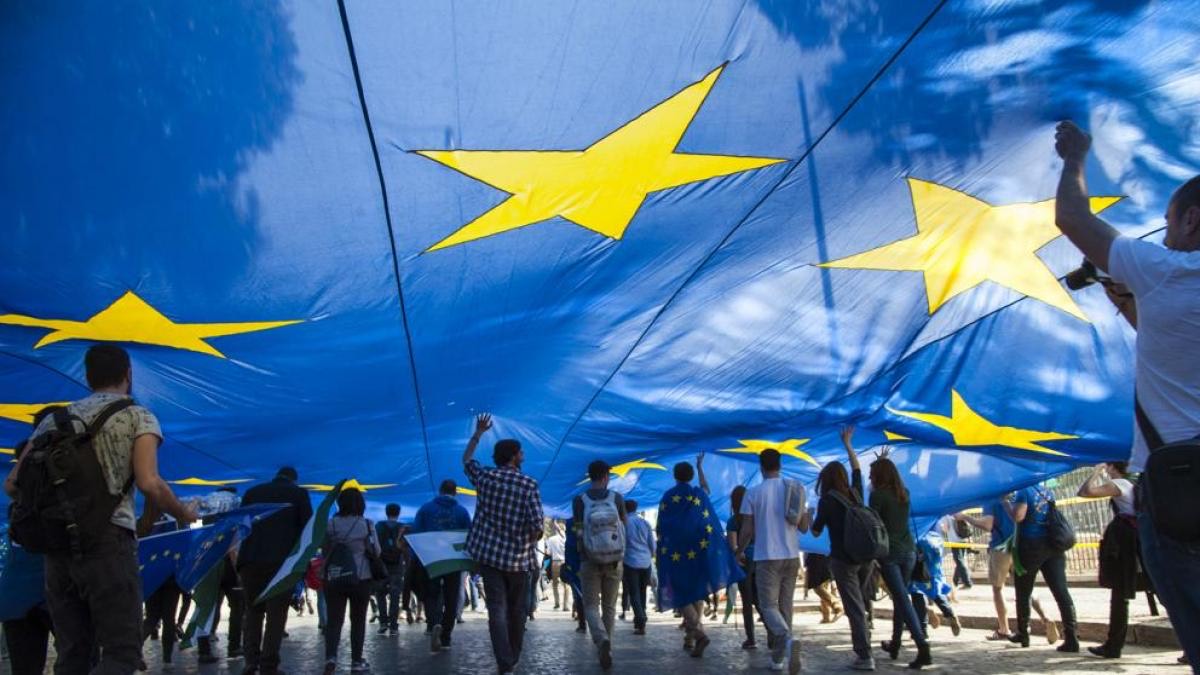 Since we began to study history in schools, we are taught that two of the objectives with which the EU was founded were, on one hand, to better compete with the other two superpowers of the moment (USA and the former USSR) by way of economic integration, and, on the other, safeguarding peace in Europe through cooperation and peaceful conflict resolution, after the ordeal of the two world wars. But, where has the Union evolved? Is it still built on those fundamentals? Does the majority of European youth share those values?

Since the creation of the Europan Union (EU), first known in 1957 as the European Economic Comunity (EEC) until 1992 with Maastricht Treaty, in which the EU term was formally established, a list of values that would form the Union was reported: “human dignity, fundamental rights, democracy, tolerance, and respect for international obligations and law”. In other words, a Union based on classic values, like those that prevail in its Member States. Dignity, freedom, democracy and human rights, in order to achieve a peaceful society that practices tolerance, justice and solidarity.

Over time and years, moments have arisen that have divided the “young” and the “old” Europe. Moments that have had the merit of drawing attention to the values that underlie the “European spirit”. And the fact is that the EU can no longer be carried away by a history destined to create a pacified geographical space in the post-1945 and pre-1989 context. New events have occurred, new generations have produced new challenges and the need to incorporate new values and enhance others in the Union. Decisions in which the youth have taken part, since the Union will be sustained by the generations to come.

Despite all this, a part of the youth does not have a feeling of European belonging. This could be solved by promoting and including awareness-raising policies in educational centers, to ensure that in the near future, the majority of European youth feels part of the Union. So that the majority of the youth can say, like me, that I am proud to be Spanish and European.