Speaking to People at a World AIDS Day Event

On December 2nd, my experience at the Worlds AIDS Day Community Health Fair organized by Diaspora Community Services was interesting. Being able to explain to other people what TDN was, taught me a lot in the process. I’ve learned that a lot of people come because they are actually curious about some of these diseases and they want to know a little bit more about them. My enthusiasm in explaining about TDN was pleasurable and it gave me an opportunity to have confidence in speaking to people. 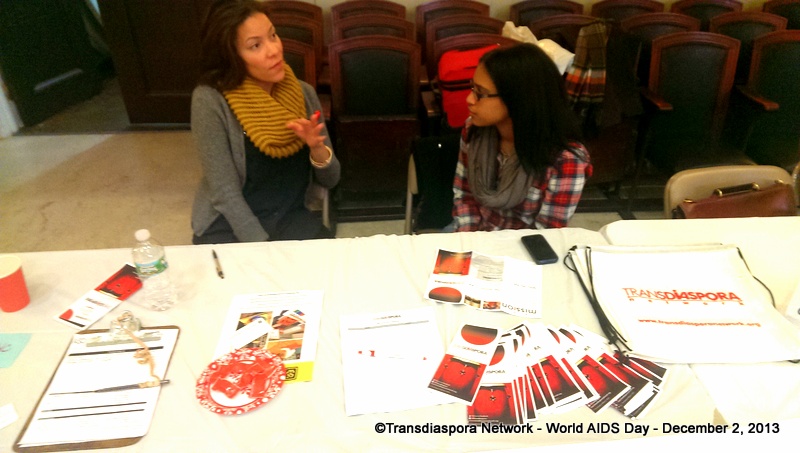 During the event, there was a mini performance of a bunch of teens reenacting a scene about how HIV is spread. The two teenage girls talked about how they have sexual intercourse without any protection. They weren’t aware of the types of germs and diseases they can possibly catch. I believe that teenagers should never be oblivious to the dangers they may put themselves through when not using protection.

As a few people came to our table, I gave them a brochure, and I enlightened them about what TDN was all about. How we use different workshops and events to bring together the people of our community to talk about HIV prevention. They seemed very attentive. At Flatbush Reformed Church, there were also other organizations and doctors coming as well. The doctors were there to give flu shots. One organization, AIDS Service Center NYC (ASCNYC), was offering free HIV testing. Many people signed up for it. I feel as if, this is a great way to get the community up and active. To be excited about learning different things and ways to protect ourselves.

Interactive Experience With Theatre of the Oppressed

“Why can’t you be like your brother? You are not coming back in my house!”  These were the hurtful words that came out of a mother’s mouth. She had just finished screaming at her son whom was dressed  like a woman and wearing her purse.  He was so sad, and he started to cry after hearing what his mother said to him. I can’t even imagine going through something like this with my parents, but this is what some people experience when families discover secrets dealing with sexuality.  I felt extremely bad for the son.  The comparison to the sibling and being able to kick the son out of the house with ease were very upsetting to me. 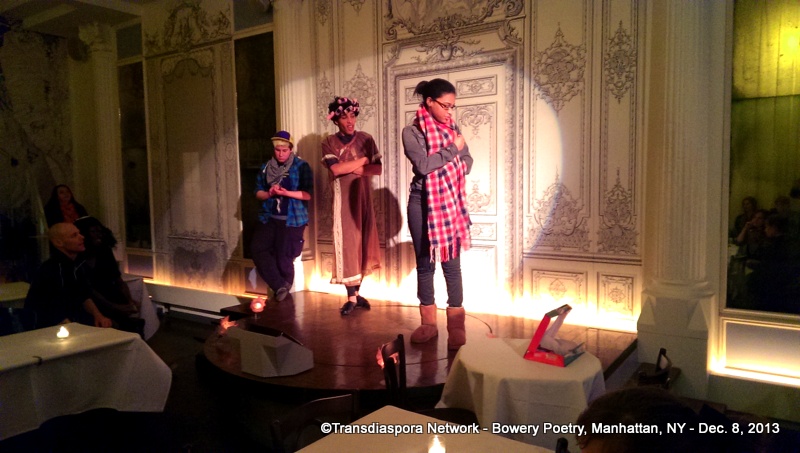 I watched this interaction between the mother and son characters in a play that was produced by the Theatre of the Oppressed NYC at Bowery Poetry last Sunday (Dec. 8, 2013). This was just one of the many issues that was addressed as I sat in the theater with my TDN co-worker, but this stood out to me the most because I have gay guys as friends. When I saw that scene, I wondered if these were things that they had gone through or are currently going through. I would never ask them though because I wouldn’t want them to feel uncomfortable.

The Theatre of the Oppressed really put on a great production because they made it very interactive. They involved the audience and I even went on the stage and acted out a scene.  Although acting in the scene made me feel very much in the moment of sadness,  I can never truly know the feeling of my family turning their back on me for something like that. It’s quite sad how some of these situations turn out. Hopefully, people can be more understanding and love people for who they are.