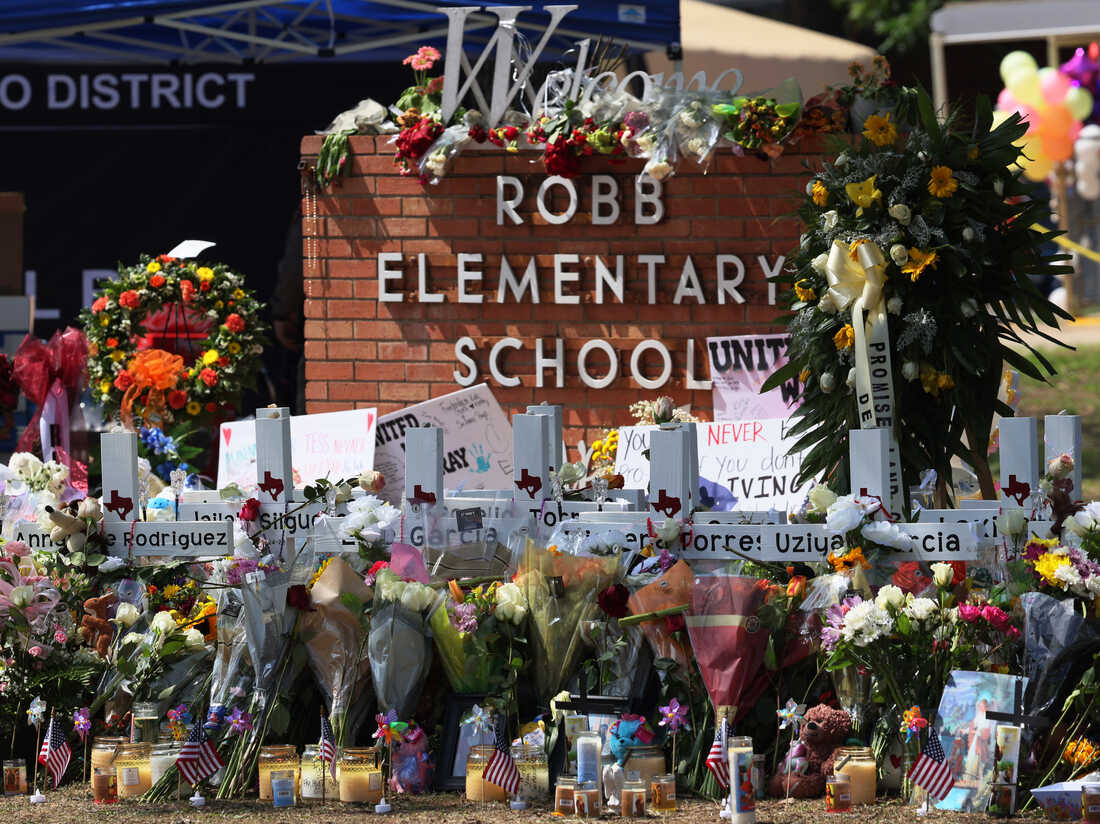 UVALDE, TEXAS – MAY 27: A memorial for the victims of the mass shooting at Robb Elementary School is seen on May 27, 2022 in Uvalde, Texas. Steven C. McCraw, Director and Colonel of the Texas Department of Public Safety, held a press conference to give an update on the investigation into Tuesday’s mass shooting where 19 children and two adults were killed at Robb Elementary School, and admitted that it was the wrong decision to wait and not breach the classroom door as soon as police officers were inside the elementary school. (Photo by Michael M. Santiago/Getty Images)

New York, NY (May 30, 2022) – Just days after ten lives were taken in a horrific attack at a supermarket in Buffalo, New York, we have yet another headline on our hands. 21 innocent lives lost in Uvalde, Texas, nineteen of them children no older than eleven. I recall the pit in my stomach that formed when I got the email notification from the New York Times. The same pit I felt when I glanced at my phone in my sophomore year English class to check the time, only to read about the news of the shooting that occurred at Marjorie Stoneman Douglas High School in Parkland, Florida. The same pit I felt upon hearing of the November 2021 shooting in Oxford, Michigan. I personally have lost count of the instances of gun violence that have ravaged the country throughout my lifetime, many such instances occurring in core community safe spaces; schools, shopping centers, places of worship. Where the 2012 shooting at Sandy Hook Elementary School was met by the press and the public alike with deep shock, we nowadays have been forced to become numb to such news. As each year passes and more innocent lives are taken, we sit through and watch the news and hear these gut-wrenching stories again and again, not even to mention the unimaginable pain of the families of victims. At a certain point, one cries out, “Enough!”

The pain that these instances of gun violence inflict on communities, and the country as a whole, is twofold. First, there is the immediate trauma. Lives lost, dreams shattered, families ripped apart. The heavy quilt of grief that envelops and stifles the community. The agonizing reliving of these painful events that comes with the press. This is a predominant feeling throughout the country in times like these; one of sorrow, introspection, and prayers. But there is another manifestation of pain that is sparked by these events, one that is much more long-term and insidious. These victims and their communities become poster children for the political conversation behind gun control in America. Their experiences and trauma are mobilized, no, weaponized by citizens and Congresspeople alike, as talking points in candidate platforms and vitriolic debate online. Often, this comes with the frankly insulting offer of thoughts and prayers while using the events as arguments against gun control. However, this weaponization comes from all political agendas. These communities see their hurt plastered across media throughout the country, constantly reminded of and surrounded by it as it is used as fuel for endless political debate while nothing concrete and productive is actually done to ensure that these events do not happen again.

Similarly, we must be careful to keep in mind who is truly at stake in these discussions. Particularly in the wake of the shooting in Uvalde, we must not let such political conversations cloud our efforts to protect, understand, and nurture our children. As young people who are acutely aware of the violence occurring around them within the very same system they are part of, every headline that mentions the death of innocent schoolchildren has a profound impact on today’s children. Children are aware that they are supposed to feel safe at school, and yet everything around them has indicated that this is becoming less and less true. They see it in the headlines, in the conversations they have at school, in the lockdown drills that have been implemented nationwide in the wake of these school shooting incidents. We must not underestimate the impact that these events have on our children, and we must be ready and able to deal with these impacts. While conversations occur in Washington and state Capitols across the country about background check legislation and other gun control measures, we must channel the same energy into conversations about how to address the mental repercussions of being surrounded by such violence. We need to make sure that children have good reason to feel safe at all times inside school. We need to have outlets for children to express and work through any anxiety and stress that this violence may have stirred up, and we need to be especially receptive to student emotions, especially during sensitive times like these. But really, all times are sensitive times. If history is any indication, the incidence of horrific gun violence, especially within schools, will only continue to increase if the status quo is left unchanged. As sad as I am to say it, I personally wouldn’t count on Washington to do much of anything to change said status quo. But even in these times of mourning where we ask ourselves why this pain is so common if it isn’t inevitable, we must be sure to include our children in these conversations as equals, for they are the ones whose worldviews are being shaped by the events that are happening around them.