New York, NY (September 9, 2022) – Transdiaspora Network’s President/Founder Ariel Rojas officially received his diploma of Doctor Honoris Causa in Anthropology at the Harvard University Club in recognition of the work done by Transdiaspora Network as an ECOSOC-accredited Non-Governmental Organization at the United Nations for the reconfiguration of the concept of culture applied to social change, equity, innovation and sustainability. 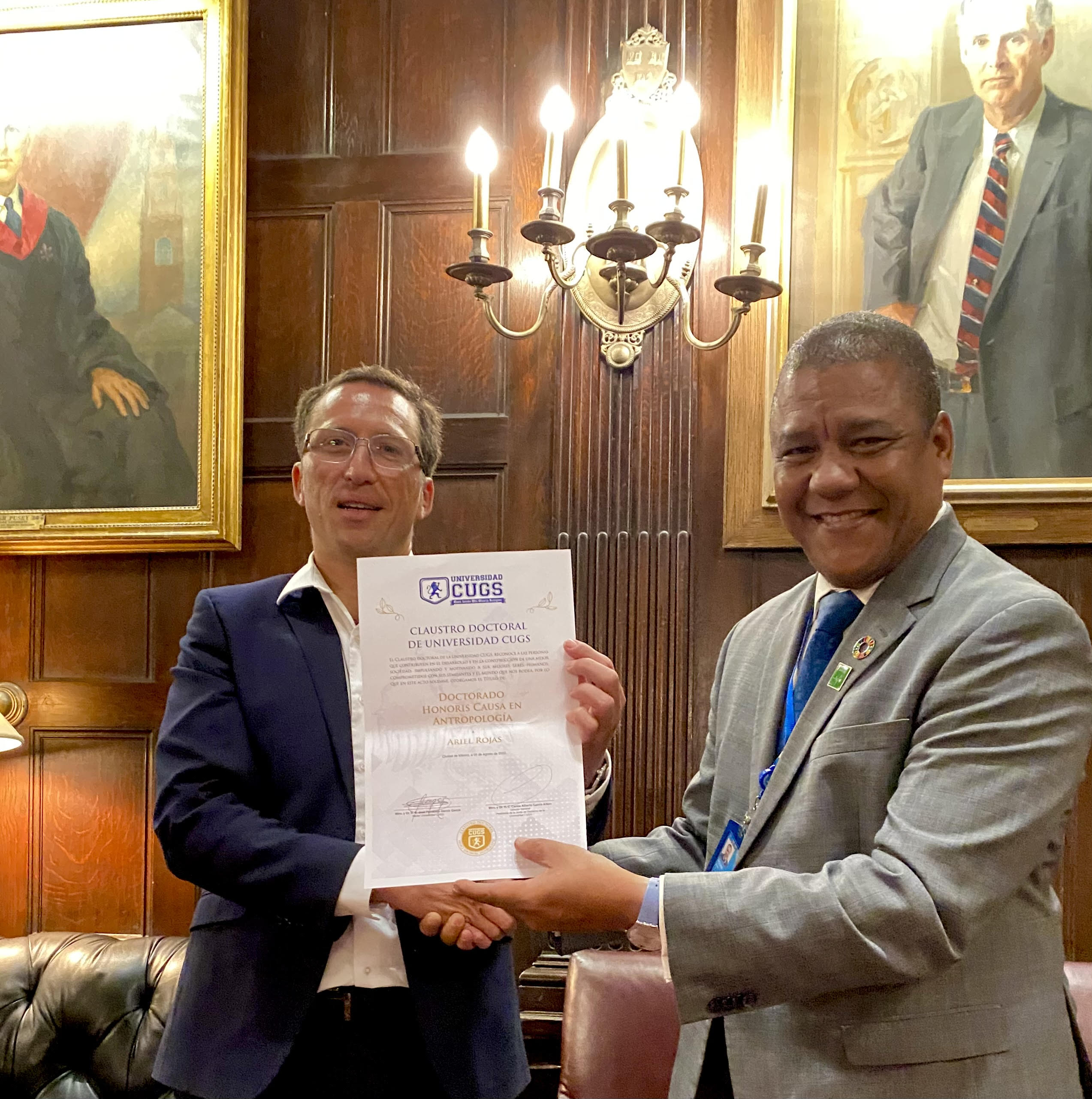